Discover the life of Roberto Clemente through art

A blazing sun and a gentle breeze accompanied the day when the mural “De Boriken, al Mundo” (English translation: From Boriken, to the World) was raised on the Hispanic Center located at 520 East 4th Street in Bethlehem in June 2022.

“De Borinken, Al Mundo” is the 36th addition to SouthSide Bethlehem’s Urban Arts Trail, a sprawling 2.75 mile walk through a collection of public artworks created by artists within the community and from around the world. The SouthSide Arts District is thrilled to highlight the contributions of Bethlehem’s Latin community with this vibrant and culturally enriching work of art.

The mural was commissioned by the Hispanic Center of the Lehigh Valley with support from Richard and Helen Anderson, Patrick and Diane Bower, Capital Blue Cross, and St. Luke’s University Health Network. It was created by Puerto Rican and Dominican artist Salina Almanzar. The artwork honors the life of Roberto Clemente. Clemente was a world renowned Pittsburgh Pirates baseball legend and humanitarian who was born and raised in Puerto Rico; however, he spent much of his professional life in Pittsburgh, a workingclass steel town quite similar to Bethlehem.

The mural depicts Roberto Clemente swinging a baseball bat emblazoned with the flag of Puerto Rico, with an American flag patch  prominently embroidered on the sleeve of his baseball uniform. Surrounding him are the maps of Puerto Rico and Pittsburgh, which represent the connection between the two places that were influential in his life. Multicolored Flor de Magas, Puerto Rico’s national
flower, burst from the bottom left corner. And in the background, blueprints of a Bethlehem steel furnace symbolize the kindredness between the working class and immigrant communities of Pittsburgh and Bethlehem. Twenty-three different Latin American and Caribbean countries’ flags, representing the Bethlehem community’s diversity, adorn the base of the mural and were painted by students, seniors, and other community members. Clemente was a naturally charitable and caring man, and his personal philosophy is boldly inscribed on the mural, reading:

“Any time you have an opportunity to make a difference in this world and you don’t, then you are wasting your time on Earth.”

And make a difference he did. During his time in the Major Leagues, Clemente made history multiple times by defying systemic racism and cultural discrimination while becoming the first Latin American and Caribbean player to win a League MVP Award in 1966 and a World Series MVP Award in 1971. His charitable nature showed its quality when a natural disaster devastated Puerto Rico and surrounding countries in 1972. Clemente personally arranged for several planes full of essential aid and supplies to be delivered to survivors, and he boarded one of these flights to Nicaragua to ensure the aid was not confiscated by the corrupt Nicaraguan government. In a tragic twist of fate, the plane’s engine failed shortly after takeoff. Clemente, only 38, lost his life in the subsequent crash.

In 1973, posthumously, Clemente became the first Hispanic person to be inducted into the Major League Baseball Hall of Fame. 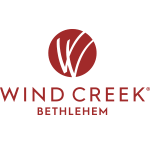