The frame, the collector, the artists, the legacy 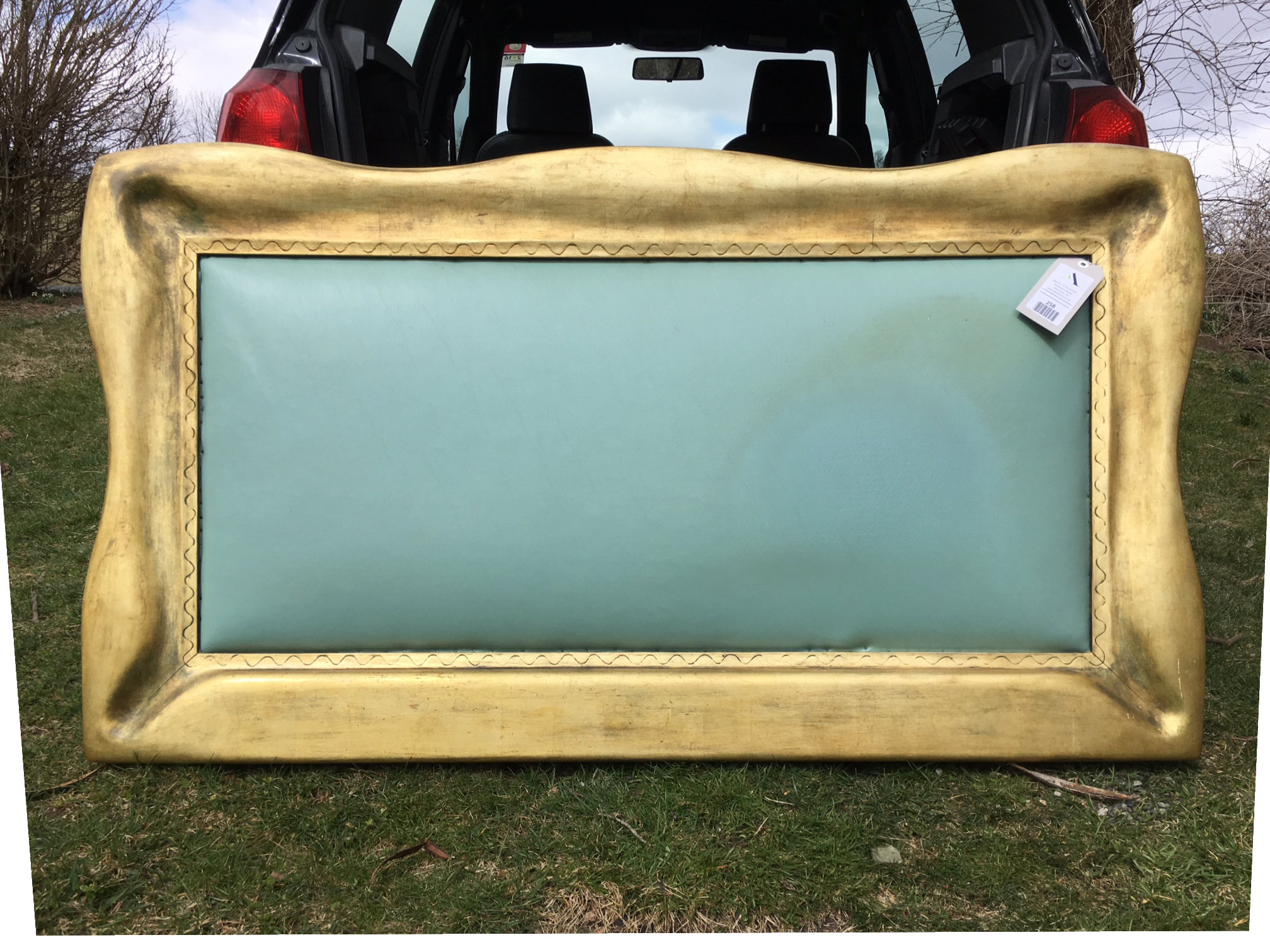 Anthony Smith, Jr., a narrative and mixed-media Lehigh Valley artist, has taken on a very interesting project. He’s been working on a commissioned piece for the last several months. The piece, “Rosenwald,” all started with a frame.

Michael M. Baker—a lifelong Lehigh Valley resident as well as Founding Board Member and Art Program Co-chair of JuxtaHub—is the owner of the frame.

The frame’s maker, unsigned but now verified, is Joseph J Greenberg, Jr. (1915-1991), a well-known Philadelphia sculptor and wood carver. Possibly the most well-known of Joseph Greenberg’s work is the 60-foot and 11,000-pound steel triad sculpture titled “Symbol of Progress” at City of Bethlehem Public Library in Payrow Plaza.

The story of how Michael came across the frame started in 2019 when he received an online auction alert for a painting he’d been eyeing up. He went to the house auction preview in Elkins Park, where he found “the wonderful painting, a terrific Gallucci pot, and a  disappointingly unsigned but beautiful frame,” Michael said. He won these items at auction and even had the pleasure of meeting dear friends of the home’s former owners.

Michael immediately began researching the Elkins Park address to read about the former owners, the Rosenwald family. Michael was astonished to learn about several generations of Rosenwalds and their fame and fortune from Sears, Roebuck and Company.

“I then learned of Rosenwald’s incredible contributions to his country and communities through intentional unheralded philanthropy and unsung broad community service,” Michael added. In the early 20th century, the Rosenwald Fund “for the well-being of mankind” uplifted and educated African American communities by contributing towards construction of more than 5,000 schools in the South. The Rosenwald Fund supported grants for seemingly limitless opportunities in the sciences, arts, and other cultural pursuits—significant contributions to the African American intellectual and cultural revival of the Harlem Renaissance and other important academic and culturally historical figures. The next generation of Rosenwalds supported financially and contributed artworks to the founding of the National Gallery of Art and to the Library of Congress.

The Greenberg frame, first a troubling unknown, then became tied to Rosenwald’s brilliance, and then tangentially tied to Bethlehem, Pennsylvania by Greenberg’s sculpture “Symbol of Progress.” The sculpture described by the artist’s son, Dan Greenberg: “This piece is meant to stand as a symbol of various ethnic groups on which the city is based, moving upward to show the integration of the people of Bethlehem, then progressing skyward as they are strengthened by their diverse beginnings and their subsequent meeting.”

Michael Baker said it was a logical and easy decision to have the Rosenwald painting, framed in the Greenberg frame, to be created by Anthony Smith, Jr., an African American artist working in Bethlehem. Without hesitation, Smith agreed to the Rosenwald painting in his abstract narrative style, creating an informative and discovering illustration of the meetings and combinations of Rosenwald’s and African American histories and heritages.

To Anthony Smith, Jr. Michael wrote, “The frame’s story has become a source of personal inspiration, startling revelation, and a great joy in so much discovery. It pleases me to no end that the story of this unique frame has been the source of inspiration for your commissioned work ‘Rosenwald’ and that your work in this frame will reveal, inspire, and bring joy and amazement to many!”